When Is The Best Age To Desex A Dog?

One of the first questions many new dog owners have for their veterinarian is: “when is the best age to spay or neuter my dog?”

It is a question that is fraught with controversy and conjecture, but now we have the evidence to provide an informed answer for you all.

The latest research by the University of Davis, California published in July 2020 advises that the best age to desex a dog is highly dependent on the breed as well as the sex of the dog.

For small-dog breeds (those under 15kg) the consensus is that the majority can be desexed around 6 months of age.

Let’s start with a disclaimer – it’s wise to remember that research in veterinary medicine is constantly evolving.

What is the best available advice today, may well be considered obsolete within the year.

Neutering/Castration: removal of a male dog’s testicles and epididymides.
Spaying/Spaying: removal of a female dog’s sex organs, usually ovaries and uterus, but could be just the ovaries or just the uterus.
Desexing: removal of an animal’s sex organs.
Gonadectomy: removal of the gonads or sexual organs
Female sex hormones: oestrogen and progesterone
Male sex hormone: testosterone
Often the terms desexing, neutering, spaying/spaying are used interchangeably to mean the removal of the sex organs.
Heat Cycle: the period of time that a female intact dog is sexually receptive and can become pregnant.
Puberty: the age of sexual maturity.

Why Do Vets Spay or Neuter Dogs At 6months Of Age

The primary reason for desexing dogs at 6months of age is to prevent them from reproducing.

It’s important to be mindful of population control.

Globally, there is an overpopulation of unwanted dogs, that puts a high burden on society and of course is not great for these dogs and their health.

One way to assist population control is to desex intact dogs when they enter an animal shelter environment regardless of age, prior to them going to their new home.

This lowers the risk that a new owner, may not do the right thing by that dog.

Other benefits of desexing at 6months of age include reducing the effects of sexual behaviours such as flagging in bitches and urine marking in male dogs.

Many dogs become sexually mature between 6mths and 10mths so it makes perfect sense to desex before this occurs.

In our article describing the pros and cons of desexing, we go into greater detail about how spaying and neutering have been shown to reduce the risk of some diseases such as mammary cancer in the bitch and prostate cancers in the dog.

Desexing can be performed as early as 6-8 weeks of age with very few surgical or anaesthetic complications.

How Was The University Of Davis Study Performed?

This was a retrospective study that followed dogs over a period of 15 years who visited the University of Davis, Veterinary Medical Teaching Hospital (VMTH).

The study chose to examine types of cancer that previous studies had found could be affected by neuter status. These included:

All of the above diseases were examined with regard to dogs neutered in one of the age periods of:

The diseases were tracked until the dogs were last seen at the hospital, or through until the dog was 11 years of age if seen past their 12th birthday.

Some Dogs Benefit From Delayed Spaying And Neutering

Rather than go through every dog breed and sex, I’m going to outline only those that showed significant differences in the incidence of either joint disease, cancer or urinary incontinence (that’s in females) so you don’t need to go hunting for it.

If a breed isn’t mentioned in the list below, that is an indication that in this study, there were no significant health effects on the timing of desexing.

For mixed breed dogs, follow the advice for the breed it most likely resembles.

Essentially you can spay or neuter at a time that suits you and the dog best – usually around that 6mth of age time.

Sadly, for females – the risk of cancer is high in all intact females regardless of age.

The recommendation for female golden retrievers is to leave them intact for as long as possible, or perform the spay surgery at 2 years and watch them closely for cancer (twice yearly vet exams is recommended by oncology experts).

For male golden retrievers – their risk profile for both joint diseases and cancer has a high enough incidence rate to recommend neutering at around 1 year of age.

This breed is at high risk of cancer. To lower these risks, the recommendation for both sexes is to perform desexing surgery after 2 years of age.

This is another high-risk cancer breed, however, it appears the risk is only for females. Hence, the recommendation is to spay females after 2 years of age. There is a slightly increased risk of cancer for females collie dogs only.

To lower this risk they should be desexed after 1 year of age.

While Dobermans have traditionally been thought of as a high-risk cancer breed, in this study it was joint disease problems that were most linked with desexing.

The guidelines recommend desexing males after 1 year and females after 2 years to assist bone development and help decrease issues such as cruciate ligament rupture. 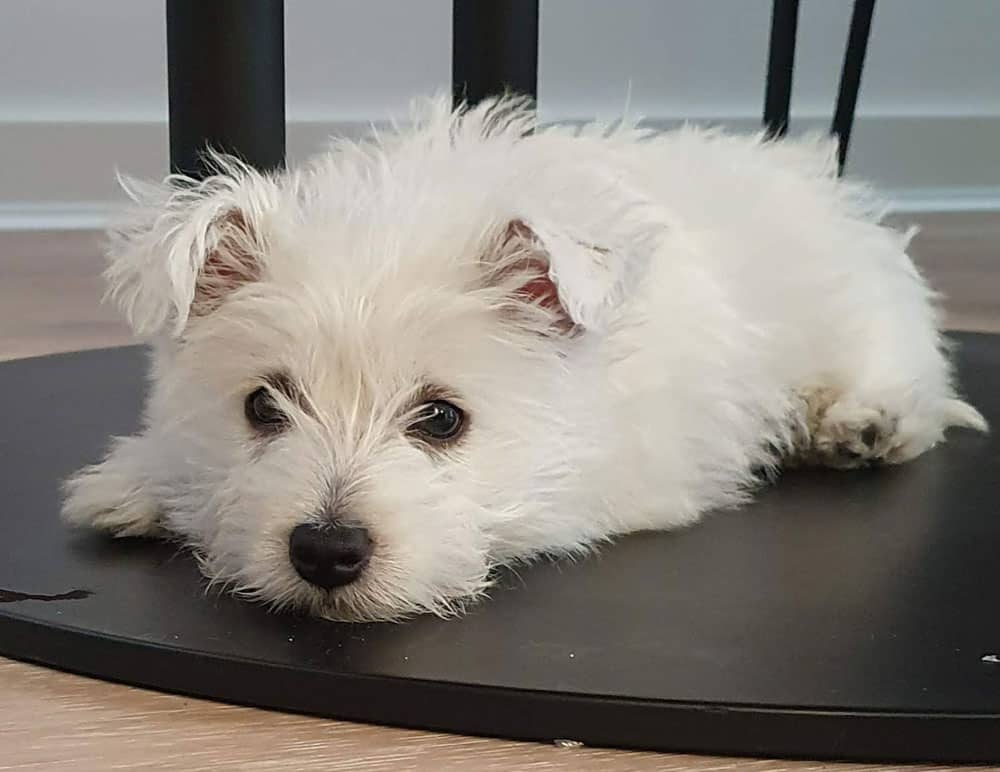 To lower the incidence of urinary incontinence it is recommended that females of both these breeds are spayed after 1 year old.

Both male and female dogs of this breed need to be desexed after 2 years.

This is to help prevent an increased incidence of joint disease.

The male of this giant breed is prone to an increase in joint disease if desexed prior to 2 years.

Surprisingly, both sexes of this giant breed are at no greater risk or joint disease or cancer if desexed early around 6months of age.

However, due to a high level of musculoskeletal disorders that vets see in this breed, it is recommended to desex after 1 year.

This however is not related to sex hormones.

Interestingly the female has a similar recommendation to the Great Dane: desex at any time however after 1 year is better.

The male Wolfhound, however, has a higher incidence of cancer if neutered before 2 years of age. These giant breeds were not shown to have any age effects of desexing and can be spayed after 6mths.

The female of this breed is prone to developing urinary incontinence if spayed prior to 2 years of age.

Interestingly the female should either be spayed very young before 6months or after 2 years to lower their incidence of cancer.

Confounding Factors In This Study

In summary, with most breeds or sexes, desexing can be performed without concern of age, at least with regard to the joint disorders or cancers covered in this study.

Of course, individual factors absolutely must be taken into account.

That’s why it’s always best to discuss with a veterinarian.

This paper is a fantastic guide for the breeds that it studies.

But as the years go by and more research is performed we may find changes to some of the recommendations we may currently have.

Part of being a good pet parent is to find out exactly what diseases your dog’s breed is most at risk for.

If purchasing a particular breed, ask the breeder for information about the health status of their family line.

We also need to remember that there are other confounding factors that weren’t taken into consideration.

One important one being body weight or body condition.

We know that overweight dogs are more prone to many joint problems and some cancers.

We are always learning in veterinary medicine.

More data is coming from studies but like many things, there is no clear cut fact.